Digest coming to you earlier than usual this week as I am less hungover than most Sundays.

One of my favourite writers, Ta-Nehisi Coates of The Atlantic, has been blogging about the ‘no dogs, no blacks, no Irish’ stuff this week. He has collected some fascinating imagery. More here and here. Do av’a read, the comments are usually good too.

Liam Fay in The Sunday Times on Callely and the Seanad.

Not since Liam Lawlor was appointed chairman of a parliamentary ethics committee has a juxtaposition of words sounded quite so comical.

The notion that Callely has “duties” in the sense that he provides a service or function is absurd. As one of the taoiseach’s appointees, he’s a professional placeman, a chair warmer. Unelected and therefore unaccountable, he represents nobody but himself and has nothing to offer but his trademark self-importance.

Having been slung out of his Dail seat in 2007, Callely sought election to one of the rigged Seanad seats reserved for failed or aspiring politicians and for which only TDs, councillors and outgoing senators are permitted to vote. However, he couldn’t win sufficient support among his Fianna Fail colleagues.

Undeterred by the verdict of the electorate and his party, Callely probably went cap in hand to then taoiseach Bertie Ahern pleading that he had devoted his working life to Fianna Fail and had failed to receive an adequate yield on his investment. An understandably sympathetic Ahern anointed Callely as senator and the rest is geography.

Come Here to Me! with another lovely post on Dublin history that may have passed you by… or that you may pass by. This time on the man to whom a little plaque on O’Connell Street is dedicated.

Details of officer-rank issues with upper level command in the US and Canadian forces in Afghanistan continue emerge. Michael Yon has been banging this drum for a while now and he’s usually well ahead of the curve on these things.

The best explanatory article yet on the Israeli blockade of Gaza. Also, Splintered Sunrise on how the amazing PR machine that is the Israeli diplomatic corr could be opposed.

James Fallows of The Atlantic on Twitter with Chinese characteristics.

The importance of local journalism. Via Whitehaven and the Independent on Sunday.

How a Bill becomes law in the US, in one seriously well-designed infographic.

Oh what’s that Guatemala, your sinkhole is bad? Well check out Turkmenistan’s firehole… 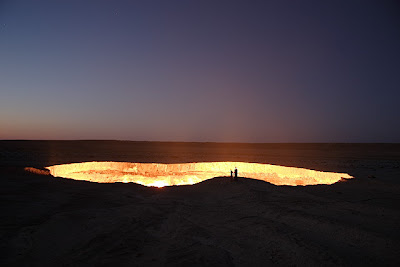 10 more weird holes in the earth and some context here.

This is so well done. The perfect Oscar-winning move trailer.