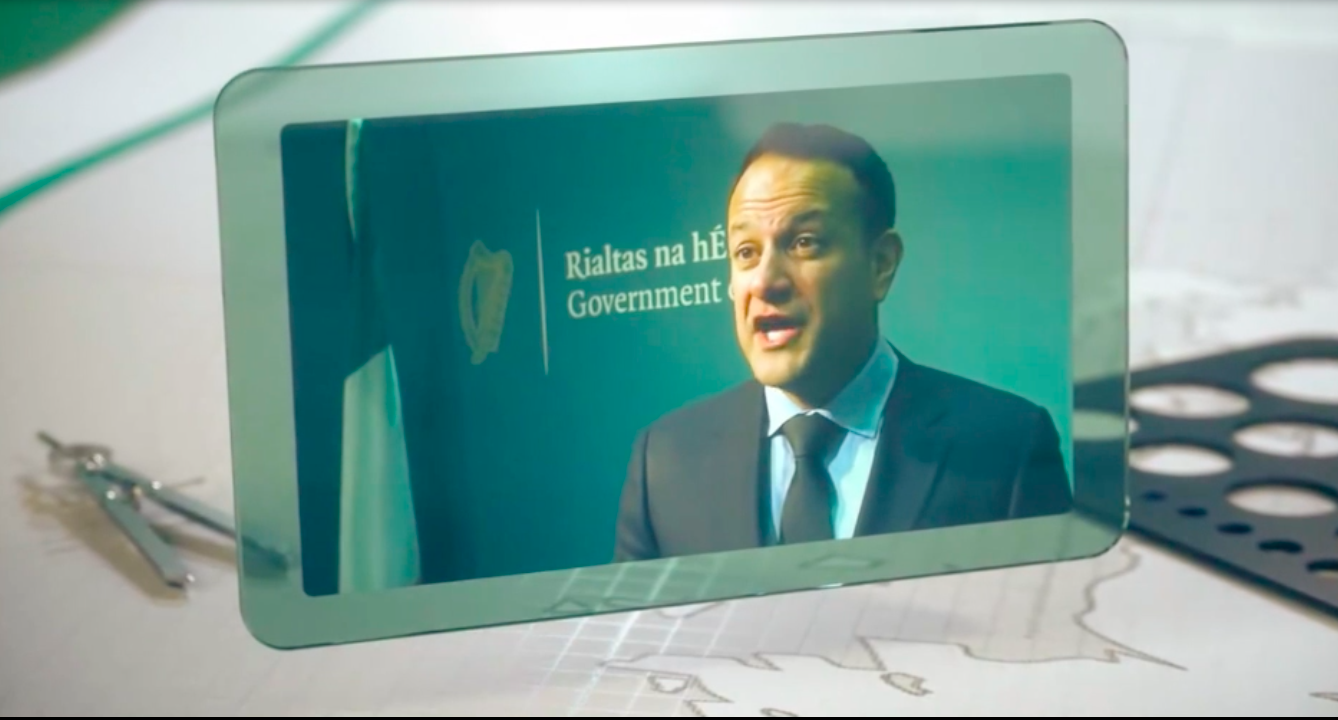 A sample of 15 such videos were paid to reach 14 million views on Twitter and Facebook, with the Taoiseach featuring heavily in nearly 20% of the footage as he informs the public about topics ranging from the Budget and Project Ireland 2040 to softer campaigns such as Bliain na Gaeilge and the Rugby World Cup bid.

The government under Leo Varadkar has increased its self-production of media, with the use of videos on social media having increased nearly 250% since his taking office.

Since Leo Varadkar became Taoiseach however, the use of social media videos for the same time period has dramatically increased with 96 videos produced to date.

And the cost of promoting these videos online is high. The government has used paid-for social media ‘boosts’ to target videos at Irish adults.

From a sample of 15 videos shared across MerrionStreet.ie’s Facebook and Twitter accounts, €52,000 was spent ensuring they would go ‘viral’, reaching over 14 million views online in total.

Facebook saw a return of 136 views for every euro spent, while Twitter boosted views to 513 per euro spent.

“Back to you, Taoiseach”

Contrary to the previous Taoiseach who rarely featured in such videos , Leo Varadkar features heavily in these videos – appearing on screen for nearly 20% of the below video sample.

See a compilation of his appearances below:

In one Irish Aid video, he even takes on the a reporter-like role – introducing the Minister for International Development by saying ‘Over to you, Ciaran’ who responds from his post in Dakar, saying ‘Back to you Taoiseach’.

This comes against a backdrop of the Taoiseach’s increasingly strained attempts to control his media image after the Strategic Communications Unit was wound down in March following accusations of being a taxpayer funded ‘spin unit’. The Taoiseach was heavily criticised for his comments in June saying he sympathised with Trump‘s tackling of his media critics and that Irish journalists were too ‘gossip’ focused, and most recently, after it was revealed he toyed with the idea of creating fake online accounts to post positive comments on news articles online.

You can see a full list of videos, expenses and views per video here: