These are the written submissions opened in the Supreme Court for the eNet case. In turn, the Information Commissioner (x2), the Minister, Gavin Sheridan (me) and UCC. The case surrounds key provisions of the FOI Act. Judgment is expected within months. 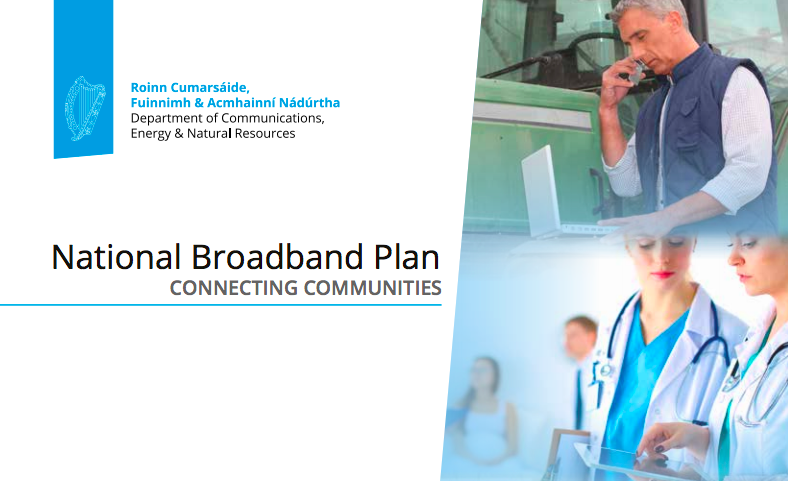 Given the god awful mess the National Broadband Plan is now in, it is worth reviewing the strange tale of the Metropolitan Area Networks and eNET – a tale we are now involved in via FOI litigation…. END_OF_DOCUMENT_TOKEN_TO_BE_REPLACED

This is the court filing from Delaware reported in the Sunday Business Post yesterday, concerning legal action between  Paddy McKillen and IBRC. The property developer has launched a massive legal action in the United States against the liquidators of the former Anglo Irish Bank. END_OF_DOCUMENT_TOKEN_TO_BE_REPLACED

read the Information Commissioner decision that started the whole thing. It gives the background on what I asked for. This was the decision that was appealed to the High Court by the Department/Minister for Communications. Now the court documents: First is the outline legal submission of the Department: filed in February 2017. It contains 90 paragraphs of argument that the Information Commissioner had erred in law by deciding that the concession agreement for the most part should be released (despite the contract being commercially sensitive – the public interest is in it being released, argued the Commissioner). [documentcloud url="http://www.documentcloud.org/documents/4374194-SubmissionsMinisterCCAE090217-V1.html" responsive=true] Second is the Information Commissioner’s position, opposing the views of the Department. [documentcloud url="http://www.documentcloud.org/documents/4374196-Legal-Submissions-of-the-Respondent-as-Filed-09.html" responsive=true] Third is the Affidavit of eNet, by Finance Director Braonan Gardiner, generally supporting the position of the Department. eNet, unlike us, did not participate in the proceedings (so didn’t hire a solicitor or barrister). And as the judge noted “enet did not participate in this appeal other than by way of submitting an affidavit which was filed by the Minister on his own behalf.” [documentcloud url="http://www.documentcloud.org/documents/4374195-AffidavitBGardiner070217-V1.html" responsive=true] Fourth is our legal submission, opposing the views of the Department. [documentcloud url="http://www.documentcloud.org/documents/4374269-Legal-Submissions-of-the-First-Notice-Party-2015.html" responsive=true] Taking into account these documents, and arguments before the court, Judge Noonan ruled against the Department. The Department has appealed that ruling to the Court of Appeal, which is due for hearing in February 2019. ]]>

CONCERNS WERE RAISED in the Department of Social Protection over calling people “cheats” as part of the controversial advertising campaign on social welfare launched by Taoiseach Leo Varadkar while he was Minister for Social Protection. The ‘Welfare Cheats Cheat Us All’ campaign was launched in April and caused considerable debate over highlighting welfare fraud so prominently and for asking people to anonymously report their neighbours. Internal departmental emails obtained by TheJournal.ie reveal that with just weeks to go, the department considered changing the campaign title to something a little less forceful.