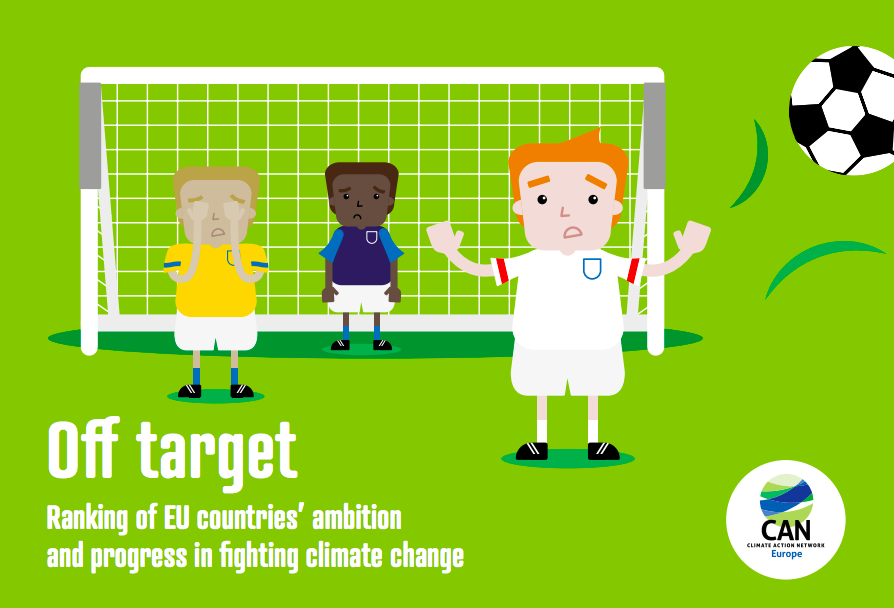 The Minister responsible for climate action responded defiantly to a report claiming Ireland was the second worst in Europe on fighting climate change but admits he is ‘disappointed’ in recent projections.

Ireland was ranked 28th by the Climate Action Network who released their ‘Off Target’ report on European countries rankings in tackling climate change in June.

The report, compiled by a network of over 1700 sustainability NGO’s across 35 European countries, claimed Ireland is set to miss its 2020 climate and renewable emissions target and is off-course for its ‘unambitious’ 2030 emissions target.

It also claimed Ireland had played a “negative role” in the negotiations for the EU 2020 climate and energy legislation, “pushing for loopholes to dilute the laws”. 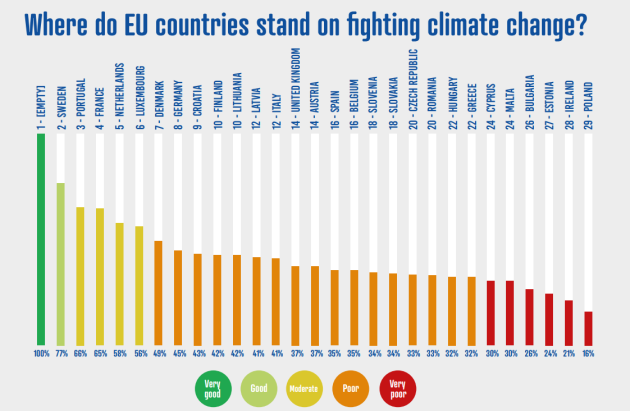 Ireland’s ranking in the CAN report

However, an FOI of Minister for Communications, Climate Action and Environment, Denis Naughton’s prepared replies to questions on the report shows a defiant response from government.

“I do not..accept the basis for this ranking exercise or its conclusions” said the Minster’s draft statement, although he does admit that he is “disappointed by the most recent emissions projections, published by the Environment Protection Agency on 31 May.”

The Minister lists reasons for Ireland’s failings to reach recent targets, including “The recent pace of economic growth, and the consequent increases in emissions from the agriculture and transport sectors in particular, have contributed significantly to these projections. The projected shortfall to our targets is further exacerbated by both the constrained investment capacity over the past decade due to the economic crisis, and the extremely challenging nature of the target itself.”

“The recent pace of economic growth, and the consequent increases in emissions from the agriculture and transport sectors in particular, have contributed significantly to (disappointing) projections.”

A later statement prepared in response to a question from Joan Burton, echoed much of this draft version, claiming the CAN report did not reflect ‘Ireland’s stated ambition’, and going on to list a number of initiatives being introduced under the National Development plan, ‘which will lead to a significant step change in funding available for climate action’.

It lists financial aid of €22 billion targeted at low-carbon transition and a further€8.6 billion on sustainable mobility with “over€1 in €5 spent under the National Development Plan will be on climate mitigation.”

However, it goes on to emphasise that while there is a “high environmental ambition” there is also a need for a “capacity to contribute to that ambition in a cost-effective and fair manner”, citing “different member state circumstances, and the need to provide flexibility to reduce emissions as cost-effectively as possible.”

It also admits “We are, as a country, playing catch-up on our obligations in relation to climate change”.

Do you think the Minister responsible for Climate Action is doing enough? We have updated his diaries for 2017-2018 in our ‘Agenda Archive’ available here.

You can read the full statement mentioned above here…

The records requested for this FOI: